Forex is a trading ‘method’ also known as FX or and foreign market exchange. Those involved in the foreign exchange markets are some of the largest companies and banks from around the world, trading in currencies from various countries to create a balance as some are going to gain money and others are going to lose money. The basics of forex are similar to that of the stock market found in any country, but on a much larger, grand scale, that involves people, currencies and trades from around the world, in just about any country.

Different currency rates happen and change every day. What the value of the dollar may be one day could be higher or lower the next. The trading on the forex market is one that you have to watch closely or if you are investing huge amounts of money, you could lose large amounts of money. The main trading areas for forex, happens in Tokyo, in London and in New York, but there are also many other locations around the world where forex trading does take place.

The most heavily traded currencies are those that include (in no particular order) the Australian dollar, the Swiss franc, the British pound sterling, the Japanese yen, the Eurozone euro, and the United States dollar. You can trade any one currency against another and you can trade from that currency to another currency to build up additional money and interest daily.

The areas where forex trading is taking place will open and close, and the next will open and close. This is seen also in the stock exchanges from around the world, as different time zones are processing order and trading during different time frames. The results of any forex trading in one country could have results and differences in what happens in additional forex markets as the countries take turns opening and closing with the time zones. Exchange rates are going to vary from forex trade to forex trade, and if you are a broker, or if you are learning about the forex markets you want to know what the rates are on a given day before making any trades.

The stock market Is generally based on products, prices, and other factors within businesses that will change the price of stocks. If someone knows what is going to happened before the general public, it is often known as inside trading, using business secrets to buy stocks and make money – which by the way is illegal. There is very little, if any at all inside information in the forex trading markets. The monetary trades, buys and sells are all a part of the forex market but very little is based on business secrets, but more on the value of the economy, the currency and such of a country at that time.

Every currency that is traded on the forex market does have a three letter code associated with that currency so there is no misunderstanding about which currency or which country one is investing with at the time. The eruo is the EUR and the US dollar is known as the USD. The British pound is the GBP and the Japanese yen is known as the JPY. If you are interested in contacting a broker and becoming involved in the forex markets you can find many online where you can review the company information and transactions before processing and becoming involved in the forex markets.

WANT TO BECOME A FOREX MILLIONAIRE

If You Are Serious About Forex You Need This -BLACKBULL MARKETS 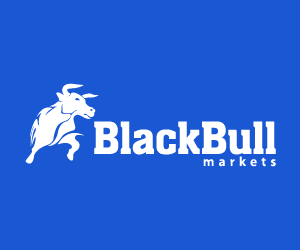 NEW AND KICKING THE COMPETITION

Algo Signals – Crypto and Forex – Easy to Use No Download Necessary

Do NOT follow this link or you will be banned from the site!